The gas mask has a history that dates back thousands of years, though it wasn’t until World War I that it became nightmare fodder for Doctor Who and countless other stories. Here is a sometimes terrifying history of the gas mask, from its beginnings through the present day.

Above. Able seamen at the Royal Navy Anti-Gas School at Tipnor, Portsmouth play leapfrog wearing gas masks, to accustom them to carrying out strenuous tasks in respirators, on January 22 1934.

According to the Popular Mechanics (January 1984):

“The common sponge was used in ancient Greece as a gas mask, a compress, a contraceptive – and, of course, for bathing.”

This gas mask was designed by the Banu Musa brothers in Baghdad, Iraq to protect workers working in polluted wells. The device was mentioned in the brothers book “Book of Ingenious Devices” that describes 100 inventions.

(Illustrations are from the brothers’ book, but not about the gas mask, via Wikimedia Commons 1 – 2)

The bird-like beak mask was often filled with sweet or strong smelling herbs or spices – lavender, mint, camphor or dried roses. They’ve believed it would banish the evil smells.

It was the first device with respirator, invented for miners by a Prussian mining official Alexander von Humboldt.

A smoke protecting apparatus for firemen by John and Charles Deane, 1823

In the early 1820s John Deane have seen a burning stable with trapped horses in it. To get through the smoke and rescue all the horses he put on an old knight-in-armor helmet air-pumped by a hose from a fire brigade water pump. The saving was successful, and in 1823 John and Charles Deane have invented the Smoke Helmet:

“An apparatus or machine to be worn by persons entering rooms or other places filled with smoke or other vapour, for the purpose of extinguishing fire or extricating persons or property therein.”

It allowed breathing through a nose or mouthpiece fitted with two one-way clapper walves. The filter was made of wool or other porous substances with water could keeping out dust.

In the copper-framed mask there was powdered wood charcoal between the two hemispheres. The charcoal could be replaced through a small door in the wire gauze.

The Irish physicist took Stenhouse’s mask and added a filter of cotton wool saturated with charcoal, lime and glycerin. The new device has filtered smoke and some noxious gases from air.

(via Wikimedia Commons and steampunksp)

This respirator had rubber-and-metal face cover, glass eyepieces, rubber-coated hood and a metal canister on the front of the mask contained lime, glycerin-soaked cotton wool and charcoal.

The first version had a filter carried on the chest, but two years later he patented another version with the filter mounted directly on the facepiece.

The rubberized mask covered the whole face was connected via tubes to a breathing bag.

(via History of Diving Museum)

The German Bernhard Loeb’s protective equipment had a triple-chambered metal canister that was attached directly to the closed helmet.

The proper duckface from the first years of the 20th century is a full head-covering mask with a sponge- and a carbon-based filter.

This device had a cotton hood with two hoses which hung down the floor, allowing the wearer to breath the air found there.

In 1916 he won an acclaim for his device after they’ve used the device to rescue some men from the gas- and smoke-filled tunnels beneath Lake Erie in the Cleveland Waterworks.

After the first gas attack ever near Ypres in Belgium (22 April 1915), some Allies were dead because of the chlorine gas. The British reaction was really quick: they’ve made some respirators from cotton mouth pads with a long cloth. The pads provided no protection when dry, so the Black Veil could work for about five minutes against a normal concentration of chlorine.

A German soldier from the WWI

Constructed by Dr. Cluny MacPherson of Royal Newfoundland Regiment after he saw a German putting a bag over his head after a gas attack.

The Hypo helmet contained glycerin and sodium thiosulphate that protected against chlorine. Two and a half million had been made.

Three girls modelling various dustbowl masks to be worn in areas where the amount of dust in the air causes breathing difficulties, circa 1935.

Three air raid wardens wearing a new type of gas mask, designed for the elderly and those with chest complaints, during a mock gas attack in which tear gas was released in Esher High Street on 5th April 1941.

Thes gas masks were produced by the Sun Rubber Products Company from early 1942, with Walt Disney’s approval to protect children in case of an American chemical attack.

The land is atop an active volcanic chain that has erupted six times in the 20th Century. In 2000, all of the islands residents were evacuated, but in 2005 they were allowed to return permanently but were required to carry gas masks.

A Member Of The U.S. Air Force 51St Security Forces Squadron Talks On The Radio Through His Chemical/Biological Protective Mask, January 6, 1999

(The main picture of the post is from 1917, Hulton Archive/Getty Images) 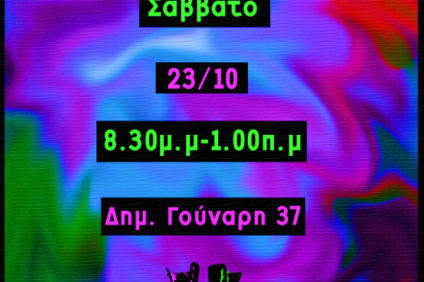 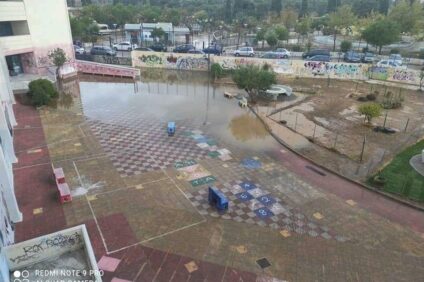 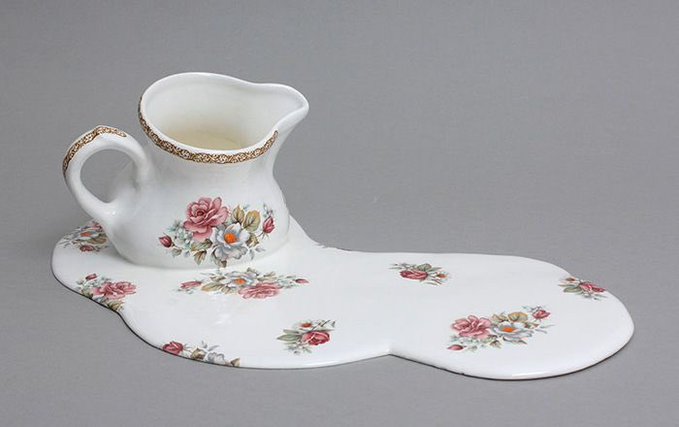 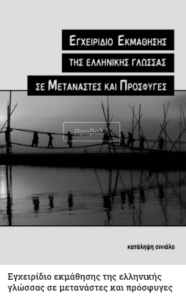